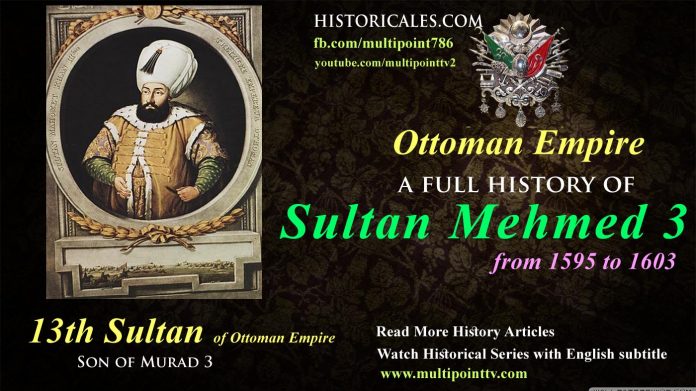 Mehmed III (Muhammad III) was born in Manisa Palace, Istanbul, Turkey on 26th May 1566 CE. Mehmed III was the son of Sultan Murad III and his wife Safiye Sultan. When his father, Sultan Murad III died in 1595 CE, Mehmed III was the governor of Manisa. Mehmed’s mother, Safiye Sultan kept the news of his father’s (Sultan Murad III) natural death a secret before Mehmed’s arrival to Istanbul (Constantinople. The reason was that no other prince could demand the accession to the throne. Mehmed III was the last Sultan of the Ottoman Empire who was governor of a province during the reign of a princess. After him, each Prince started to be restricted to their apartments without being awarding any rank of the empire. They had to come out of their apartments only when there was the time of their accession to throne. The reason behind this method was that no prince could revolt against the present Sultan of the Ottoman Empire.

Accession to throne and Reign

This incident is considered the worst out of all cold-blooded events in the history of the Ottoman Empire because most of the executed ones were children. When Sultan Muhammad III took the throne, Ottomans were indulged in wars at the boundaries. Ottomans had to face a lot of defeats in Hungary and Wallachia. Moreover, because of the alliance of vassal states Wallachia, Moldavia, and Transylvania, and Austria, a lot of territories were lost to Christians. The janissary’s morale was too low. So there was a need for strong command in the form of Sultan Mehmed III. Safiye Sultan, the mother of Sultan Mehmed III, was not of this opinion because she was aware of this fact that Sultan Mehmed III would be out of her control if he went out of Istanbul. As a result, her involvement in the administration of the Ottoman Empire would be of no value.

But Sultan Mehmed III, while following the advice of his mentor Sheikh Sa’ad ad-Din Effendi, changed the policy and decided to enter the battlefield himself. Sultan Mehmed III was the first Sultan, after Sultan Suleiman the Magnificent, who entered the battlefield himself. Because of this reason, the Janissary’s morale rose to its extent. And when the Ottoman’s host reached the boundaries, the Austro-Hungarian host got frightened and escaped from all the conquered areas of Bulgaria.

Sultan Mehmed III moved forward and laid siege to Eger. Both the armies collide at the Battle of Keresztes (known in Turkish as the Battle of Haçova) on 24th October 1596 CE. At the start, the Ottoman’s were facing defeat but they retreated back and achieved victory in the battle after fighting for three days continuously. This victory in the Battle of Keresztes is considered one of the great victories of the Ottoman Empire. After this victory, Sultan Mehmed III came back to Istanbul. Throughout his reign, a lot of wars were fought between the Ottoman Empire and Hungary. But this matter was solved with the treaty of peace with Hungary in the reign of his successor, Sultan Ahmed I. 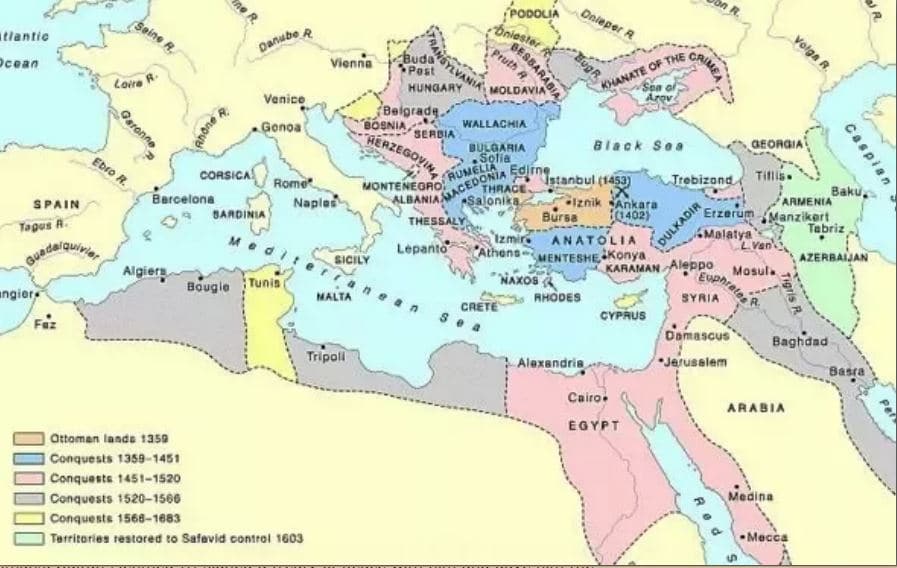 Sultan Mehmed III had to face inner rebellions and issues during the remaining period of his reign. In 1599 CE, a former Ottoman military official, Karayazıcı Abdülhalim gathered a host of Kurdistan, Turkmenistan, and the fleeing warriors of the Battle of Keresztes, and revolted against Sultan Mehmed III. He defeated the Ottoman’s host in a lot of campaigns with the help of his brother Deli Hasan, who was also a former Ottoman military official. Karayazıcı was executed in these campaigns but Deli Hasan continued to fight with the Ottomans. Sultan Mehmed III signed a treaty of peace with him and gave him the governorship of Bosnia. On the other side, the King of Persia, Shah Abbas attacked the Ottoman Empire while noticing the previous revolt. He took back the cities of Hamadan, Tabriz, and Khuzestan and included in his empire.

Sultan Mehmed the Conqueror (7th Sultan of the Ottoman Empire)